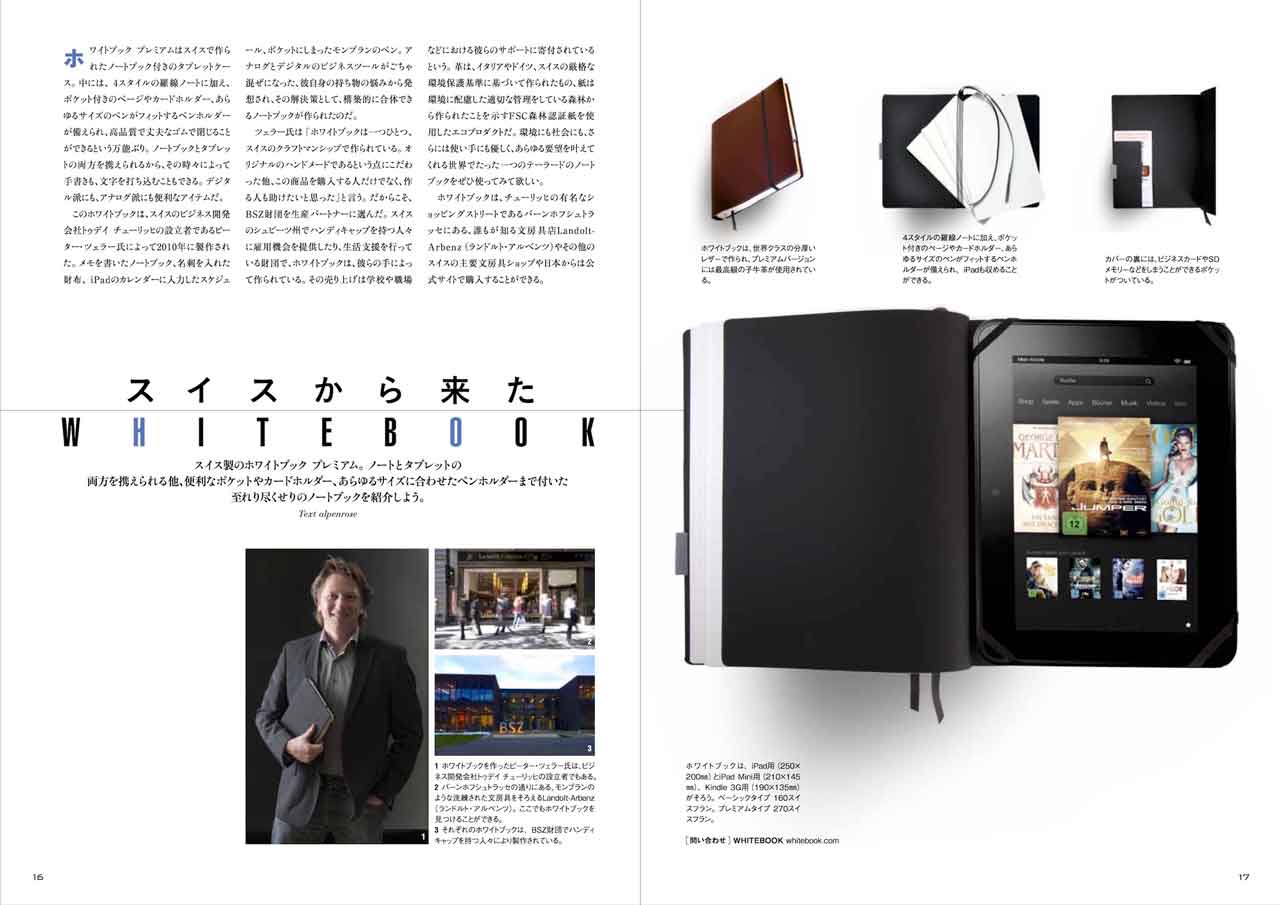 In 2010, Swiss business developer Peter Zeller realized that he needed to get organized. He had handwritten notes in a notebook, business cards in his wallet, a Montblanc pen in his pocket, his calendar on his iPad, and his notebook in his case. His traditional business tools were colliding with his modern ones.

So Zeller looked for a solution that would combine both worlds into a more structured one. As he searched Zurich’s famous shopping street, the Bahnhofstrasse, including the well-known specialist for writing accessories, Landolt-Arbenz, he realized his solution wasn’t in a shop; it was in his mind.

So somewhere between frustration and inspiration, Zeller created exactly what he needed.

He called it Whitebook. The notebook perfectly tailored to his personal work style.

Still today when Zeller walks down Zurich’s Bahnhofstrasse, past the flagship Landolt-Arbenz shop at number 65, he stops to admire the display in the window. Landolt-Arbenz is the place to go for exclusive writing materials and Zeller still finds it hard to believe that Whitebook is now in its store — and that product scouts have also discovered it there, requesting Whitebook for other high-end stores in Switzerland and a growing number of premium retail stores around the world.